I’ve actually found a little time today and earlier on in the week to dust off my old paint brushes and pick up where I left off earlier this year with a series of abstract paintings. The joy of waiting so long between building up the stages of the paintings is that I can drastically change the whole appearance of the work.

By that I mean I’ve been cutting up a lot of what I’ve done and rearranging by weaving the designs together, creating checkboard patterns of various colours and textures… in theory… because in reality I really haven’t got a clue what I’m doing most of time, actually, all of the time. You see, I’m no artist, I don’t even pretend to be,  I can’t draw and I simply mess around with paint, acrylics and watercolours.

I’m in love with texture and colours, patterns and shades.  I adore various mediums and despite not having a clue what I’m supposed to be doing. I tend to make a glorious mess.

Among  my passions I delight in visiting art galleries… just as music/novels/movies… I do not hold a singular genre in favour. Preferring to explore many known (and unknown) artists alike. Travelling to London and Liverpool to explore exhibitions. I’m inspired,  though I lack any skill or talent. I paint, like I write  (or sing) not because I’m any good, but because I simply love too… 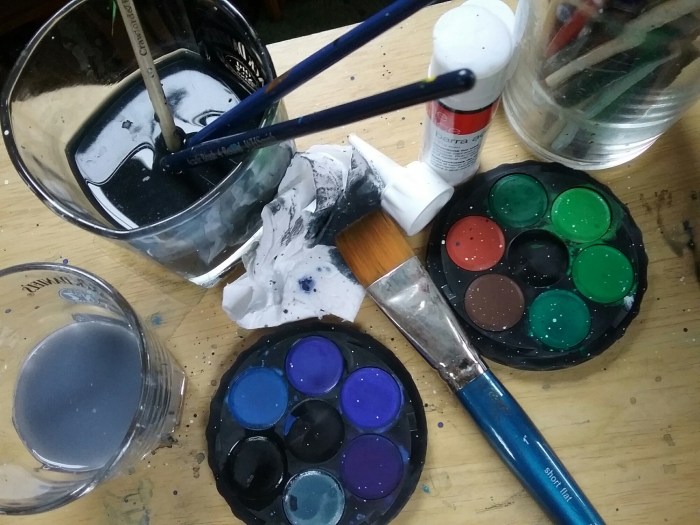 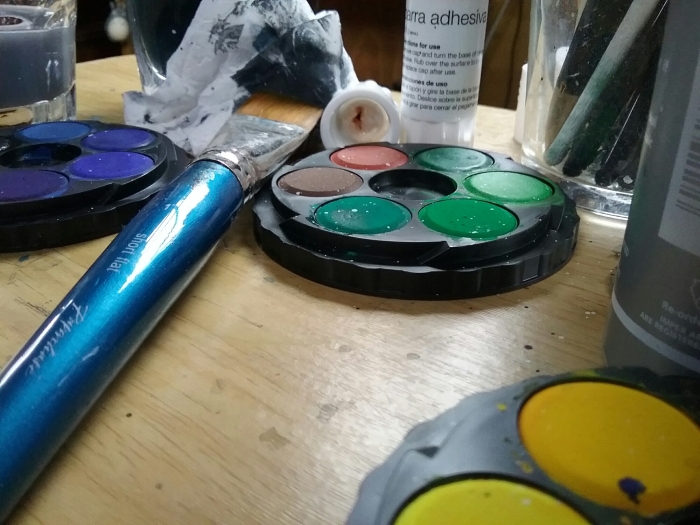 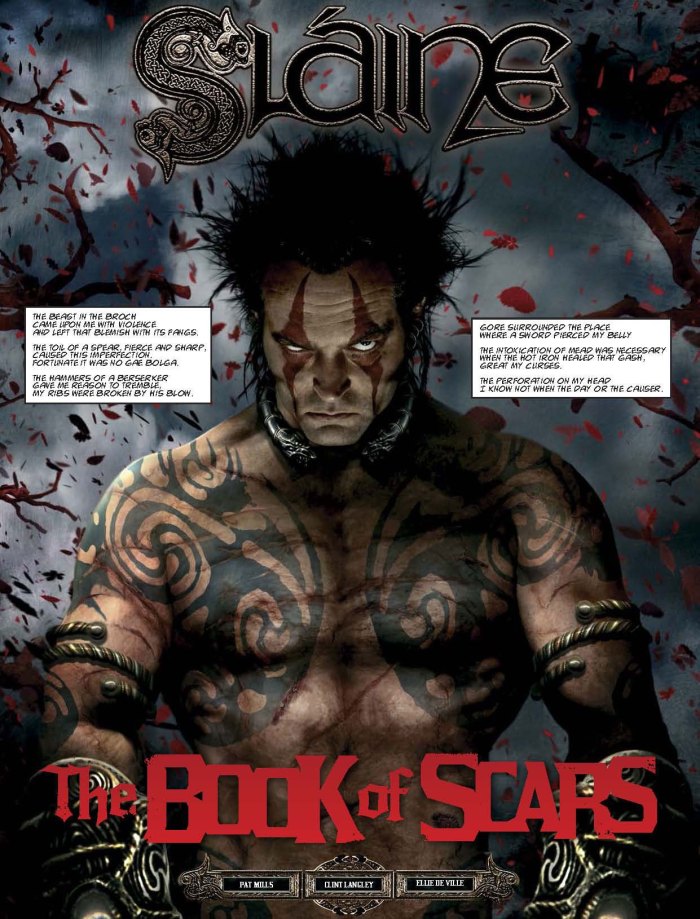 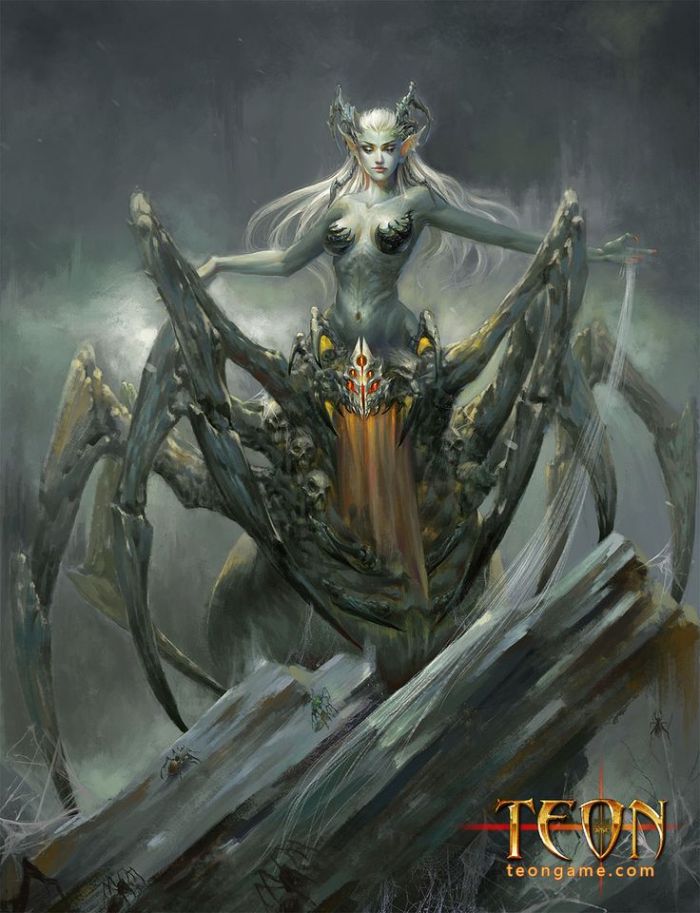 Well Then… That’s all rather dark…

Looking ahead to the next act in my ‘notsoshortshortstory’ means looking into different areas of inspiration. I find various forms of inspiration throughout my life, some aspects are engulfed into the story as raw elements. Other more vague concepts are merely random musings which encourage me to write, with no apparent connection. There doesn’t need to be a connection. I find appreciation in all forms of art, literature, music… An advert, A song… Memories, stories, poetry anything beautiful, ugly, passionate and mundane.  Existing characters, famous tales or simply a sunset at dusk.  I adore discovering inspiration in the most surprising places and sharing my collection, may or may not provide any hints towards forthcoming events… 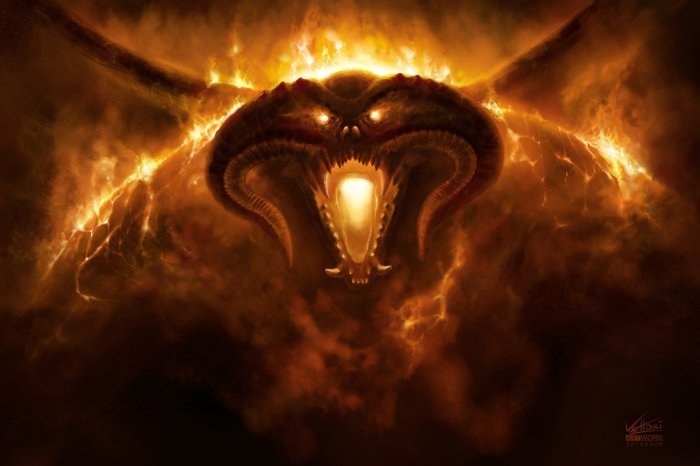 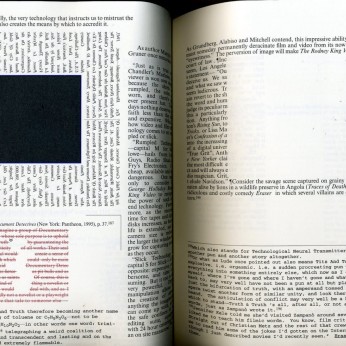 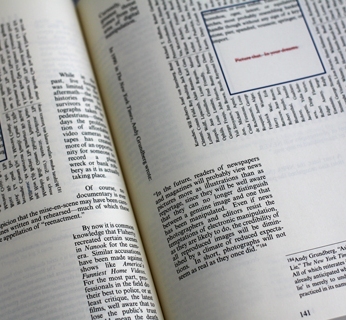 “Farewell, friend. I was a thousand times more evil than thou!”
― Michael Moorcock, Stormbringer Having a Coke with You

is even more fun than going to San Sebastian, Irún, Hendaye, Biarritz, Bayonne
or being sick to my stomach on the Travesera de Gracia in Barcelona
partly because in your orange shirt you look like a better happier St. Sebastian
partly because of my love for you, partly because of your love for yoghurt
partly because of the fluorescent orange tulips around the birches
partly because of the secrecy our smiles take on before people and statuary
it is hard to believe when I’m with you that there can be anything as still
as solemn as unpleasantly definitive as statuary when right in front of it
in the warm New York 4 o’clock light we are drifting back and forth
between each other like a tree breathing through its spectacles

and the portrait show seems to have no faces in it at all, just paint
you suddenly wonder why in the world anyone ever did them

Take a little walk to the edge of town
and go across the tracks
Where the viaduct looms,
like a bird of doom
As it shifts and cracks
Where secrets lie in the border fires,
in the humming wires
Hey man, you know
you’re never coming back
Past the square, past the bridge,
past the mills, past the stacks
On a gathering storm comes
a tall handsome man
in a dusty black coat with
a red right handHe’ll wrap you in his arms,
tell you that you’ve been a good boy
He’ll rekindle all the dreams
it took you a lifetime to destroy
He’ll reach deep into the hole,
heal your shrinking soul,
but there won’t be a single thing
that you can do
He’s a god, he’s a man,
he’s a ghost, he’s a guru
They’re whispering his name
through this disappearing land
But hidden in his coat
is a red right hand

Nick Cave and the Bad Seeds

So, as something different from killing characters, I’m including a little of my work that I dedicated to her performance piece ‘rhythm 0’

to remain passive for 6 hours

manipulate control with their hands

which items will you use

will you be tender or abuse

a gun a knife

they explore with delight

velvet touch of a crimson rose

baptise you from sin

would you shoot me in the head

would you want me dead

when I stand will you run

my art your actions photos remain

A look at the fuel for this weeks writing endeavors, music and movies which is currently poking  my brain with ideas. I’m not sure that I actually incorporate any certain influence into my work. It’s more of an outside expression, a collection of various media I surround myself with that ignites my creativity more than directly absorbed into my words…

‘Cause they will run you down, down ’til you’re caught
Way down we go

***
Which is possibly better known as featuring on this:
Logan Trailer 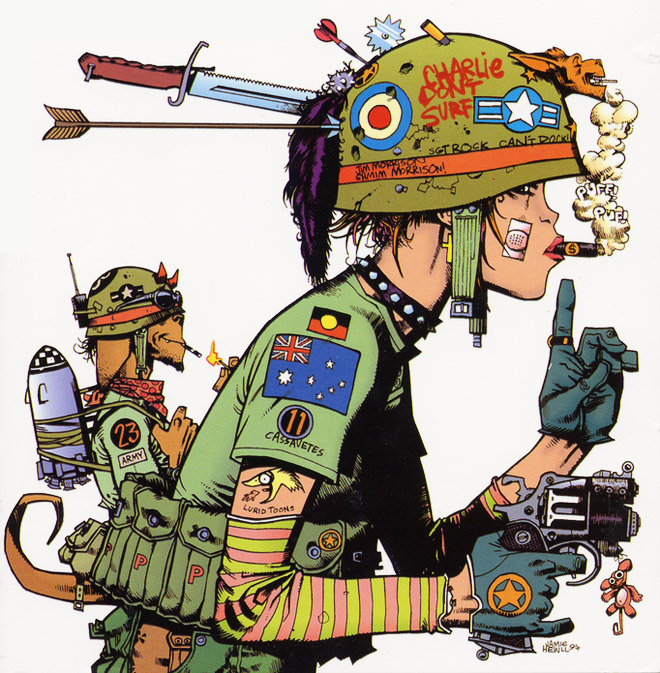 Not tried this app before,  so just experimenting with the filters…
… and because I made more pretties,  I thought I would share. 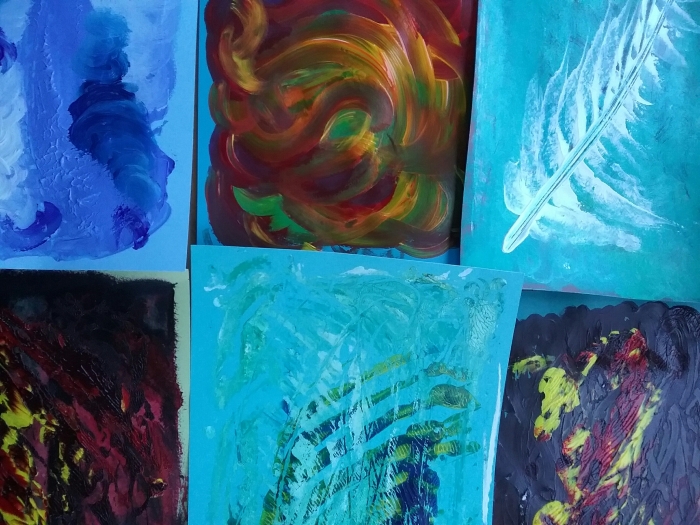 Simply… All you other gorgeous Bloggers out there in blog land!

I adore discovering beautiful blogs to follow,  I passionately read through new posts… I have shed tears at devastating experiences people have bravery shared and laughed freely at amusing tales.

I love to read other characters come to life through the words of fellow writers. I find inspiration and feel inferior at times.  (most of the time) 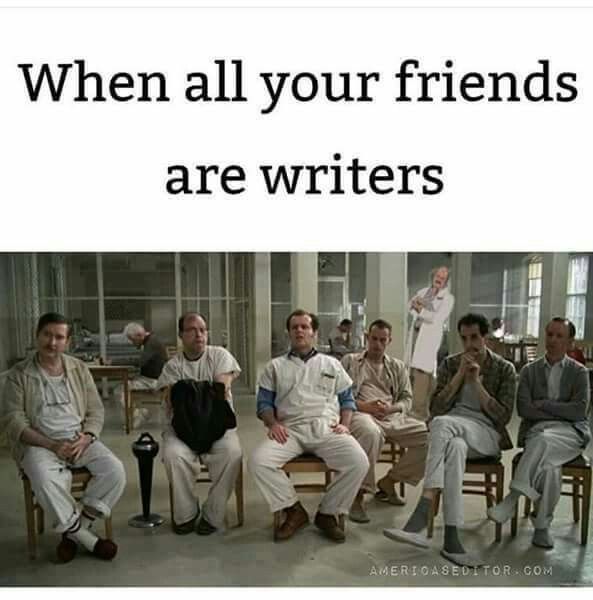 A personal reflection on this weekend’s essays…

I’ve shared some of my fears and thoughts openly over the last few days, I’ve been inspired and neurotic and suspect the full moon just might be toying with my sanity. I wanted to reflect upon what I have included on my blog in current days, I do have Part 29 in mind but I have found myself distracted, drinking in such articles … INVENTING RAUSCHENBERG: THE ARTIST AS ENGINEER  and Adrien Brody on Why It’s Never Too Late to Become an Artist and Joan Mitchell American Painter and Printmaker and The Birth of Non-Objective Painting

… Just in case you’re wondering where my heads at…

Please, read, share, absorb… I’ve deliberately wanted to include these links because they have brought me so much joy recently. I have also had the privilege of attending a talk and exhibition by the incredible Semiconductor at The Phoenix, which only added to all this whirling inspiration and my desire to create… Even if I create nothing more than a mess!

However there are layers to my insane sprawling paintings, I want to strip away most of all the work, I want to find the hidden landscapes within the ‘pictures’ to leave myself with an alien horizon that I can attach to a poem or incorporate into my ever expanding short story. I’ve started editing and that now each piece has shared with me its name I can include you all with this process, I’ll try not to bore you too much and I promise I will also get back to my tale.

However my blog is more than just a one trick pony, so sometimes you will need to wade your way through my personal mental vomit to find your way back to the adventure. It can be quite a ride, so hold on tight and we shall see where the unknown takes us from here… 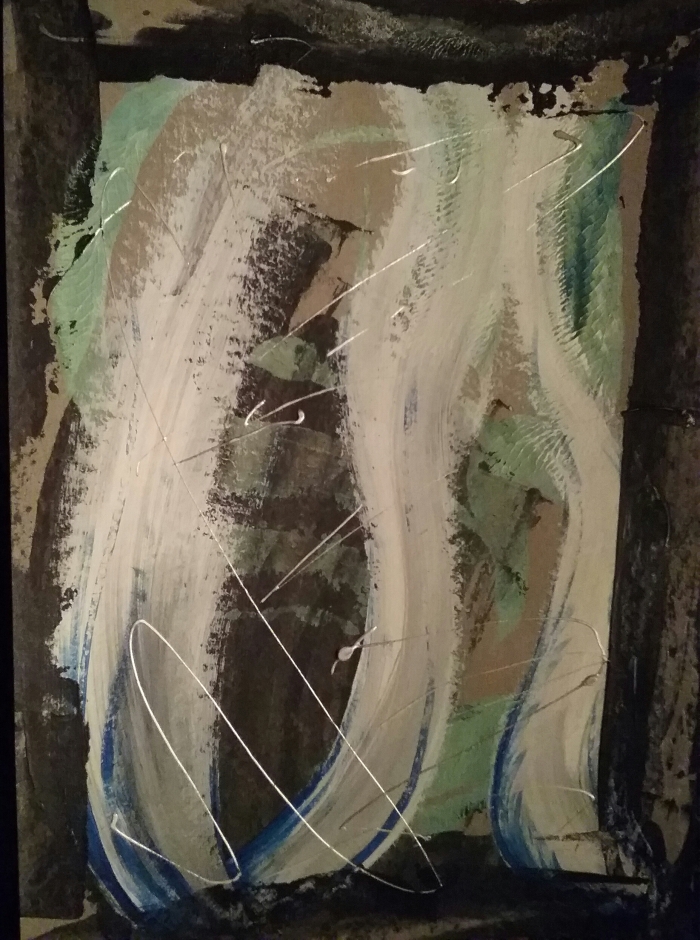 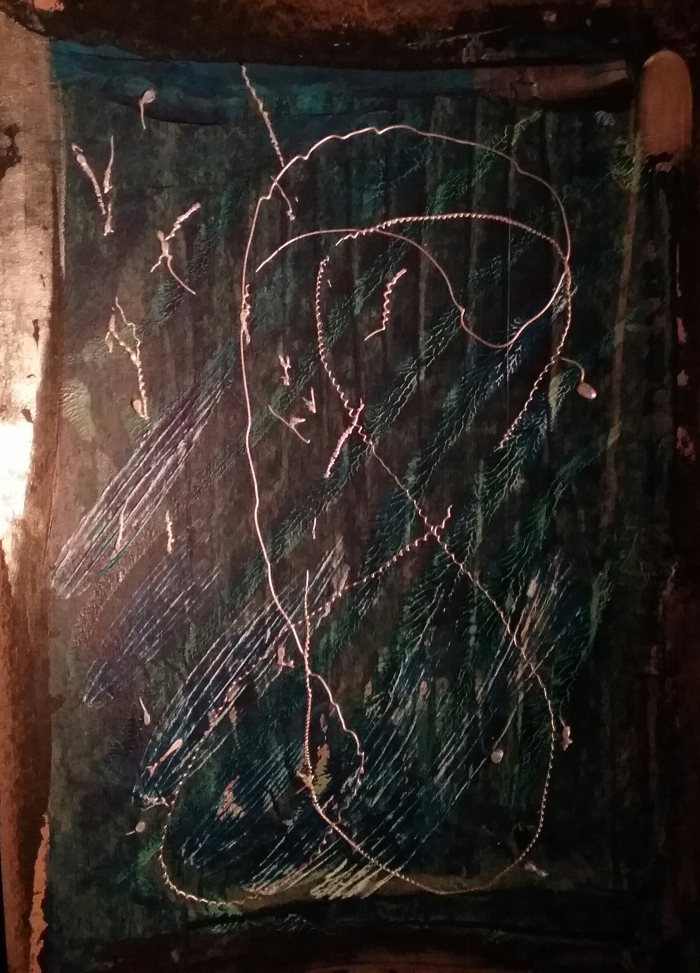 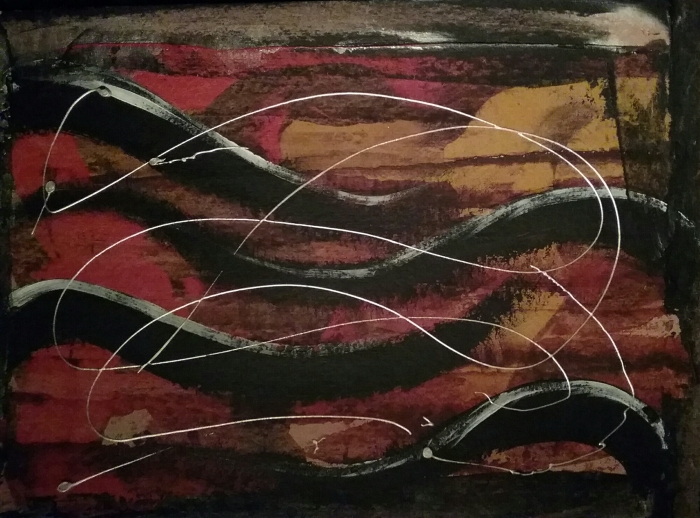 Collection inspired my Joan Mitchell …
Now they have all given me their names, I’m happy to share them …
Mixed media… Lots of mess! Another Non-Artist creation …